Visiting Petra is one of a handful of true ‘once in a lifetime’ experiences. Petra, the ‘rose red city’, the city ‘half as old as time’, one of the ‘Seven Wonders of the World’, was carved out of the rocky southern Jordanian desert by the Nabateans over 2000 years ago. What was then the capital of the Nabatean Kingdom, was lost for 2000 years until it was rediscovered 200 years ago by a Swedish explorer. Over the past 200 years, more and more of Petra has been uncovered, and more treasures are still being uncovered to this day. Visiting Petra is probably the number one highlight of Jordan. 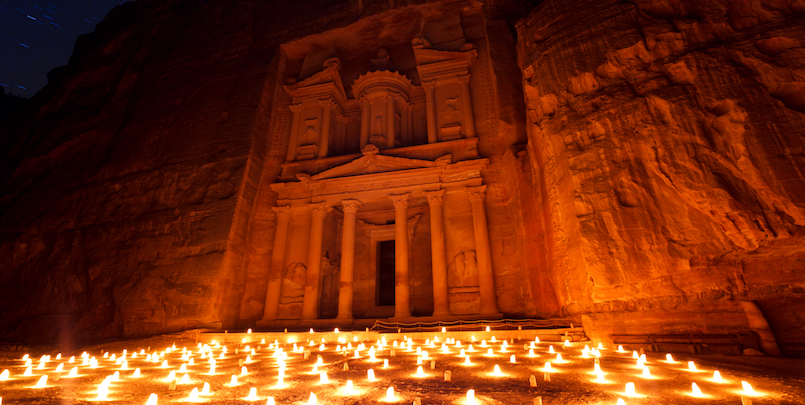 A very brief history of Petra

The Nabatean Kingdom chose Petra as it capital around the 6th century BCE, carving what is one of the greatest wonders of the world out of the unique reddish rock that this region of Jordan is built upon. The extensive city was one of the most advanced of its time, with water management systems, and extensive and enormous monuments and features. When the Nabatean Kingdom was absorbed into the Roman Empire, the Romans continued to develop the city and it remained an important point on several trade routes including the ancient Spice Route.

An earthquake hit Petra around 660 AD, and with vital infrastructure destroyed, the city was abandoned and largely forgotten, until 1812 when the first Westerner, a Swiss explorer named Johann Ludwig Burckhardt discovered it. At this point, Bedouins had made the city their own, living in the caves and ruins. Over the next 200 years, more explorers and archaeologists uncovered parts of the city, with Scottish explorer David Roberts being the first to chronicle the city in 1839. It wasn’t until the 1920’s however, that excavations began in Petra, and more of the city was uncovered, and more recently, that the Bedouin population moved out of the site itself following its designation as a UNESCO World Heritage Site. 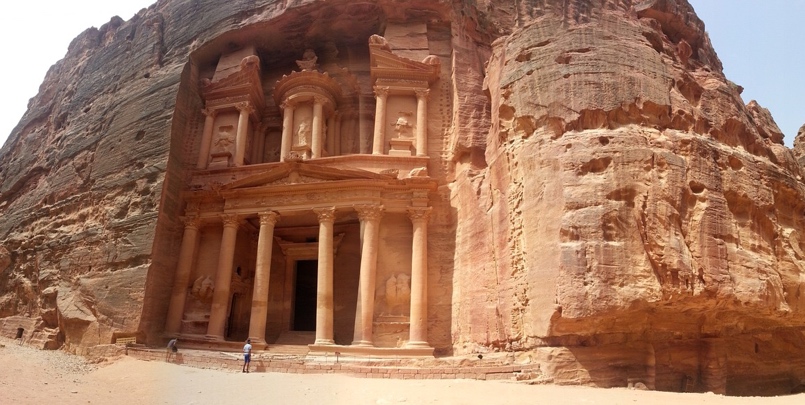 Today Petra is a National Park, and the most popular tourist site in Jordan. Managed by a conservation trust, the site is extensive, and for those who wish to really explore in depth, a few days is required. Most visitors, however, come to Petra for one or two days, and see the main highlights and famous points including the Treasury, the Siq, and the Monastery.

The entrance fees to Petra are significant:

More information about Petra’s entry fees including the various options available can be found at the link.

How to get to Petra

Getting to Petra by public transport is possible but a little challenging for most travelers, so most people arrive either by private taxi or on an organized tour. Organised tours, such as this Petra Tour from Aqaba or this Petra Tour from Amman are most often the best value option because visiting Petra with the aide of a tour guide is recommended, especially if you are on a short visit and would like to see the highlights in the most efficient time-frame possible.