Jordan is an Instagram paradise, from the vibrant colored sand to the pink, rose-colored rock faces and ancient historical sites. The Wadi Rum Desert served as the set for the movie “The Martian” meant to look like mars, so it is easy to see why Jordan is such an awe-inspiring place that is so special to capture on camera. There are many more places but here are the 5 most Instagrammable places in Jordan.

The lost city of Petra is a UNESCO World Heritage site and a thrilling glimpse into the past. Sites like the Monastery or the treasury are large facades carved directly into the rock face on a grand scale. It is easy to imagine the once thriving city of the Nabateans. People travel from far and wide to see one of the Seven Wonders of the World, so it is no wonder Petra is one of the most Instagrammable places in Jordan, but also in the world. Another special way to capture Petra is at night when the entire area is lit up by candles creating a mystical and magical vibe in this enchanting ancient site. 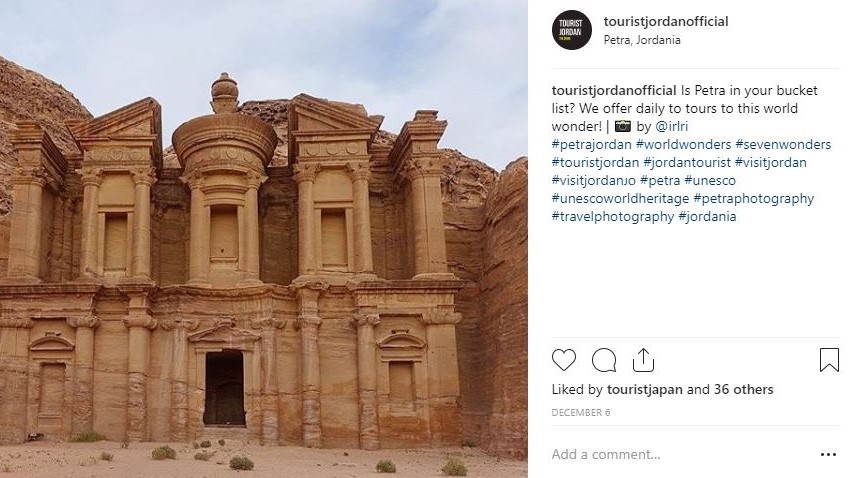 Known as the “Valley of the Moon”, the Wadi Rum desert is vast, vibrant and one of the most Instagrammable places in Jordan. From the camels to the Bedouins to the sand dunes and mountains, bright oranges, ambers, and caramel colored hues pop against the bright blue sky creating some of the best picture compositions. Spending the night in the desert camping under the stars is not only a memorable and once-in-lifetime experience but one special way to surely capture some of the best Insta pics for your feed. 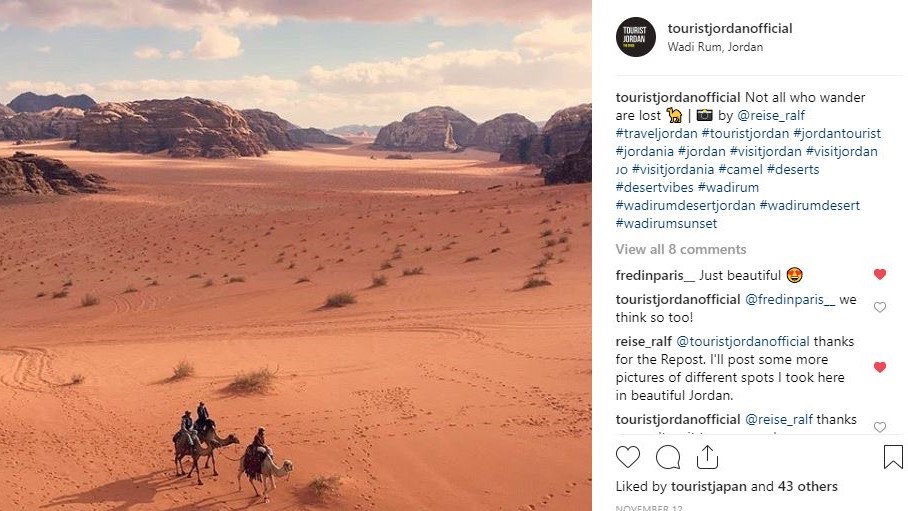 The famous Dead Sea is more than 400 m below sea level and is, in fact, the lowest point on earth. Due to the hypersalinity of the water, it is only possible to float. The healing properties of both the water and the mineral-rich mud that surrounds the water are rejuvenating. There are also plenty of resorts situated along the Dead Sea ideal for catching up on some R&R. One of the most Instagrammable places in Jordan, it is easy to get a few pictures floating in the water, covered and mud, and arguably one of the best shots – seeing the sunset over the Dead Sea. 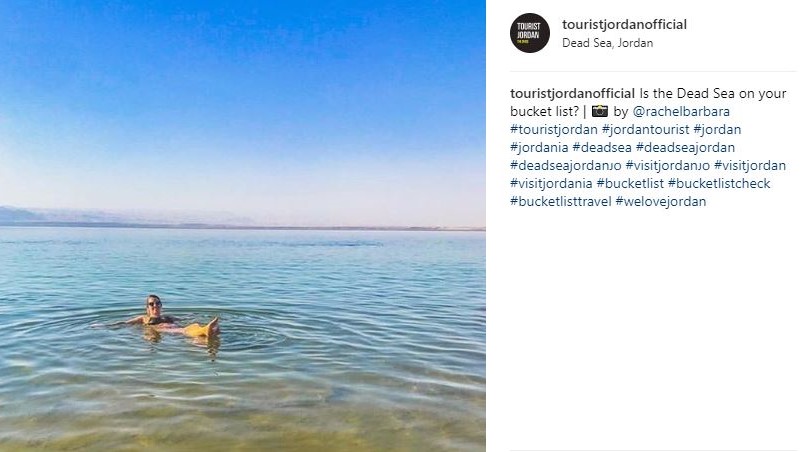 For thrill seekers and adventure chasers eager to explore but also capture the moments, a visit to Wadi Mujib will not disappoint. The area refers to the Jordan River where it enters the Dead Sea which is 420 meters below sea level. The area is surrounded by striking canyons and valleys and requires some hiking and swimming through the terrain. There are waterfalls, flowing streams and some of the most beautiful natural landscapes. Wadi Mujib is one of the most Instagrammable places in Jordan, but requires some caution, especially during the rainy season when the water levels are higher. This is the kind of destination that requires a waterproof phone case and good footwear to capture those Insta-snaps. 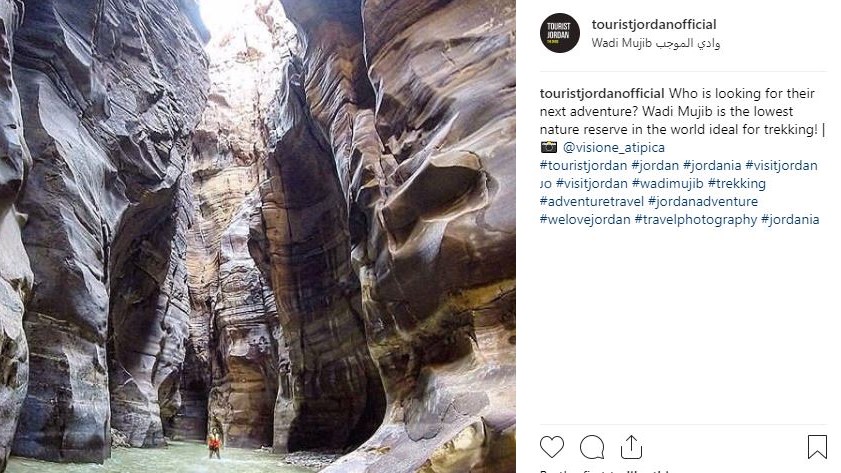 Found north of the capital city of Amman, Jerash is an ancient city in Jordan that dates back to the Bronze Age. In Jerash, there are impeccably maintained Greco-Roman ruins situated outside of the city. Among the ruins, there are the columns of the Temple of Artemis and the Hadrian’s Arch as well as the Archaeological Museum which showcases an extensive collection of artifacts and treasure which were removed from the area. Jerash is one of the most Instagrammable places in Jordan and an exciting look into the past and history of the region. 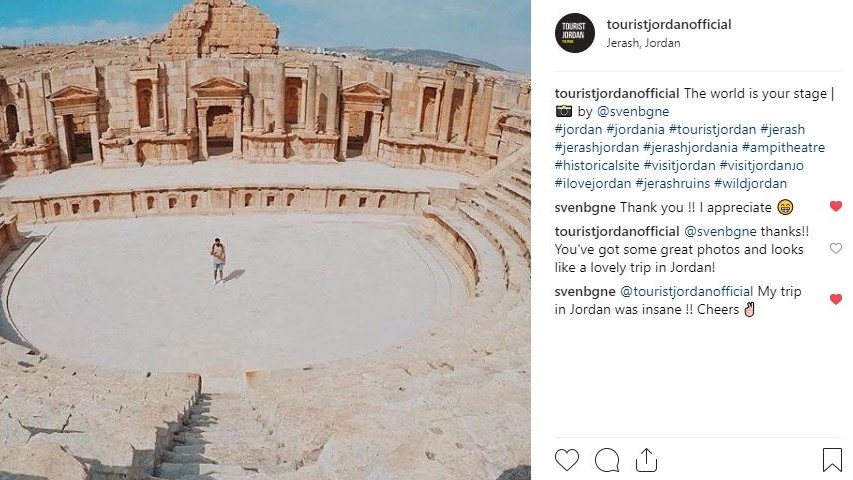