With just 24 hours in Jerash, visitors can expect a fun-filled day brimming with plenty of things to see. Jerash is an ancient city that is brimming with significant Roman sites. It once formed part of the Decapolis League which is a group of ten cities that were claimed by the Roman Empire. As a result of this, visitors can expect to find a large number of Roman plazas, temples, and fountains. The city is internationally renowned for its preservation and restoration of these Roman structures that sit alongside bustling markets and trendy restaurants.

Jerash is located just 30 miles from Amman, making it a convenient destination for those on a short timeframe. Along with historical landmarks, the city also boasts stunning views of the Gilead Mountains. Although the sheer amount of statues, plazas, and museums can seem daunting, the ancient Roman ruins of Jerash are very easy to navigate. 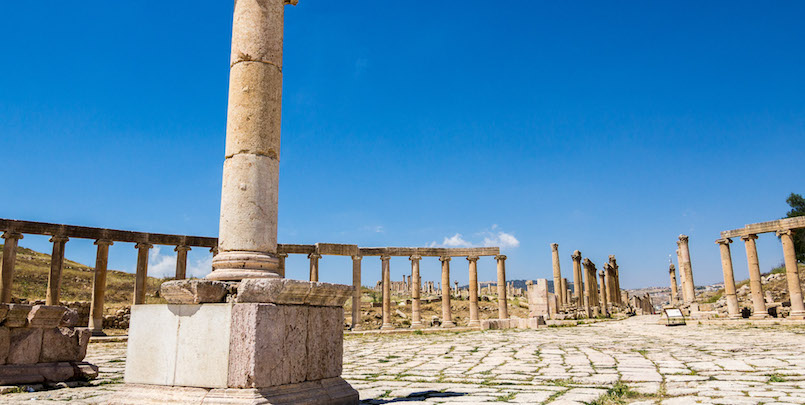 Jerash in the Morning

The best area to find breakfast in Jerash is the Old Town where visitors will find local food stalls and cafes serving up delicious delicacies. A typical Jordanian breakfast usually involves a combination of sweet and savory pastries as well as freshly baked bread with labneh (a Middle Eastern yogurt spread), and a variety of cheese and dips.

After breakfast, it will be time to visit Jerash’s most famous site; the Roman Ruins of Jerash. Entrance into the site costs just 8JD (11.28 USD) and it usually takes visitors a whole day to see everything. A great starting point is Hadrian’s Arch which was built in 129 AD to greet Emperor Hadrian during his visit. From this point visitors will find the remains of the Hippodrome; a former sporting arena that now holds chariot races to recapture the imaginations of visitors. Another notable site is the 3,000 seat South Theatre which is still used today for productions and concerts. Close to the South Theatre is the lookout point which offers spectaculars views across the city. The Forum is another spellbinding structure which is made of 56 pillars and is 90 meters long. The Forum was once a bustling marketplace that linked the city together and today visitors can wander through the remains to try and reimagine this grand Roman metropolis.

After a long morning exploring some of the city’s ancient landmarks, it will be time to grab a bite to eat. The Jordan House Restaurant is an extremely popular place to eat with both locals and tourists and it is located very close to the historic center. It offers a buffet of national dishes and it is open between 11 am and 5 pm and only costs 7JD (9.87USD) making it a perfect place for lunch. The restaurant also offers an array of refreshing drinks including Turkish coffee and mint tea.

After lunch, you may wish to return to the Ancient Ruins of Jerash and visit other notable landmarks including the Temple of Artemis, Upper Temple of Zeus, and the Vaulted Gallery. 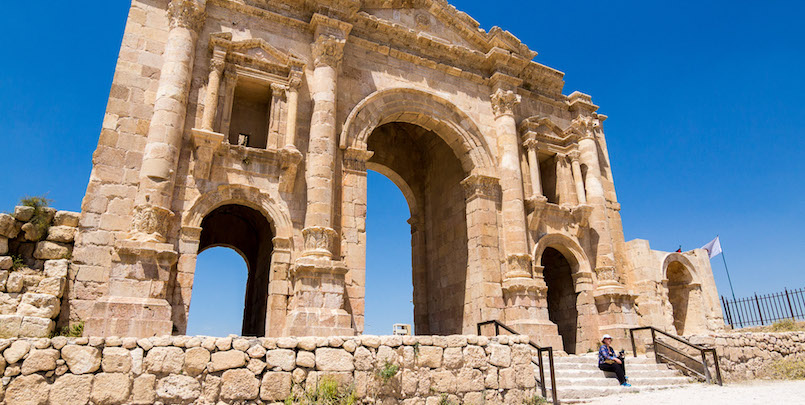 For an insight into the huge excavation project that took place here, visit the Jerash Archaeological Museum which is home to a vast amount of fascinating artifacts. Entrance to the sites and museum will cost 10JD (15USD). Here you will also learn a little more about the ancient history and culture of the city.

Spending your Evening in Jerash

To bring your 24 hours in Jerash to an end, dine at one of the city’s many restaurants. The Lebanese House is a superb restaurant that offers mezze dishes accompanied with freshly baked bread. The set menus are well priced and there is also a charming outdoor seating area. The food here is delicious and the mezze options are an ideal way to sample and share new dishes. The Lebanese House is popular with the locals and it is a perfect place to unwind after an evening of sightseeing.

Travelers who would like to pay a shorter visit to Jerash, can join this Highlights of Jordan 3 day tour, which explores not only Jerash but also a lot of other interesting sights in Jordan.