One of the best parts of traveling is eating local food. The local popular Jordanian food tends to consist of rice, yogurt, lamb, olives, and a range of herbs and spices. Baked pastries are also very popular in Jordan especially sweet dishes such as baklava. As Jordan is positioned in the Levant it takes many influences from North African, Persian, Mediterranean, and Middle Eastern food. From delicious savory dinners to sweet desserts, there are plenty of food options to suit all taste buds and budgets. At most restaurants in Jordan, visitors are likely to find a large number of mezze dishes. This style of eating is popular in Jordan and consists of hot appetizers and cold appetizers which are shared across the table. Visitors do not have to eat this way but a mezze dinner is a great way to taste popular Jordanian food. We have chosen some of the tastiest Jordanian dishes to look out for on the menu during your vacation. 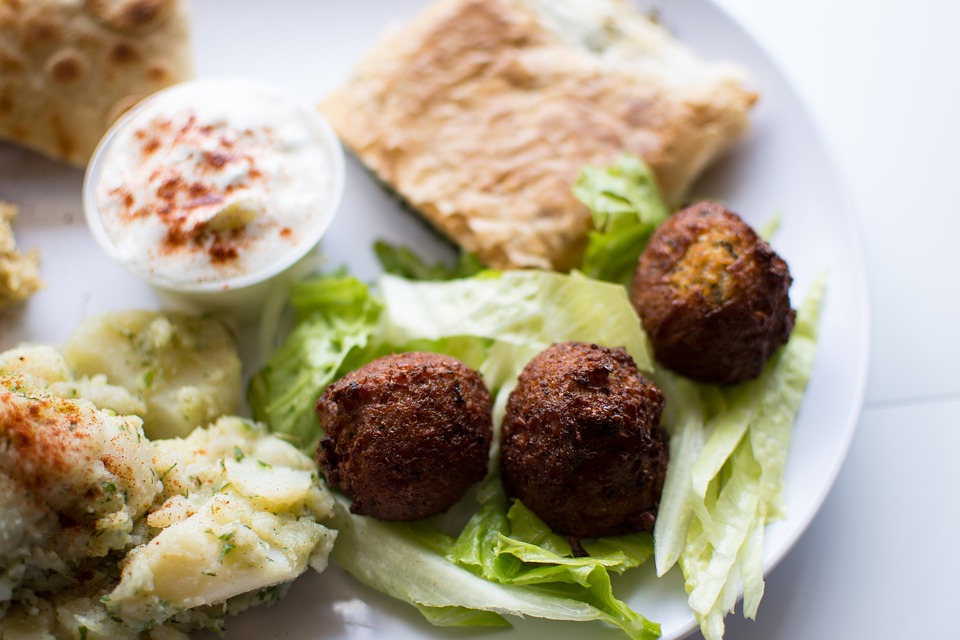 Mansaf is one of the most popular dishes in Jordan and will be found in most restaurants. It is a lamb dish that is cooked in fermented yogurt and served with rice or bulgur. There are many variations of mansaf but the main base of the dish (lamb and yogurt) remains the same. Although it is a popular Jordanian dish, mansaf can also be found in Saudi Arabia and Palestine.

Baklava is one of the most popular sweet foods in Jordan and it has also become very popular internationally. It is a filo based pasty with a layer of nuts and a pistachio and honey center. It is sold widely across the country and is a popular breakfast item.

Another popular food around the globe is falafel. Falafel is a traditional Egyptian food but Jordan is known for preparing some of the best tasting falafel in the Middle East. This savory snack consists of ground chickpeas and spices that are combined together into round bitesize shapes. In Jordan, they can be eaten as a snack, side, or, even as a sandwich filling. Falafel will be served in many cafes and street food stalls across the country and it is eaten for breakfast, lunch, and dinner.

Knafeh is a delicious filling pastry that is made from creamy cheese, rose water, and sugar. It is typically used as a dessert and boasts a crunchy base which compliments its soft topping. Knafeh is a popular Middle Eastern dish and can be found in many restaurants and some bakeries. 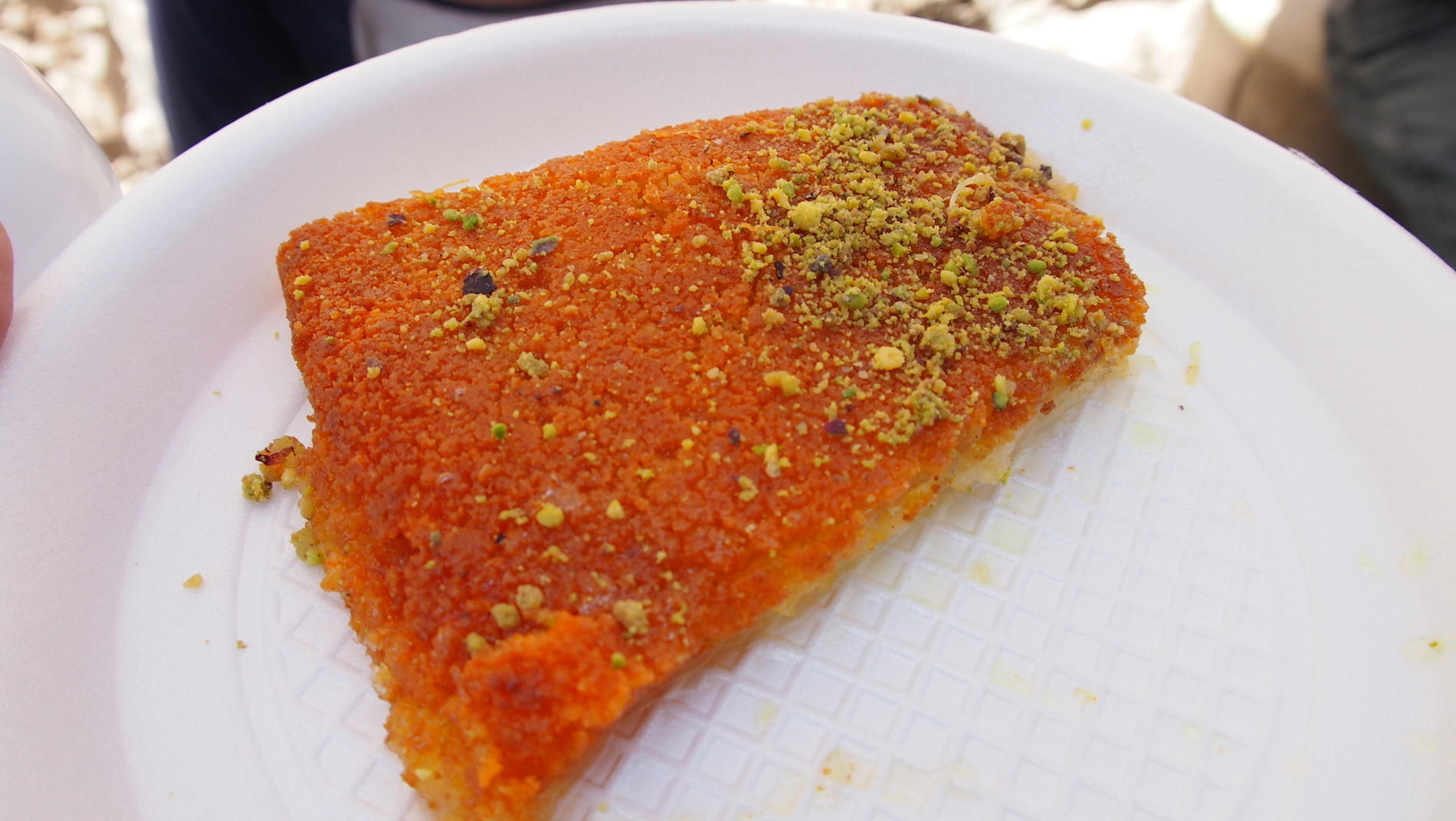 Labneh is a traditional breakfast delicacy that is served in most cafes across Jordan. It is a rich thick yogurt paste which is usually spread onto freshly baked bread. Jordan is home to a large number of bakeries that serve homemade bread and pastries making it very easy to find. The flavor of Labneh often gets compared to sour cream and it is also used as a side dip with savory dishes and salads.

Visitors should also be aware that eating times may differ to other countries. In Jordan breakfast is usually eaten before 8 am and lunch is eaten in the early afternoon from 1 pm. At around 6 pm, the locals tend to stop at a café or bakery for a light snack. Dinner is usually eaten after 8 pm.

Popular Jordanian Food – all in all

Though popular Jordanian food usually consists of influences from its neighboring countries, this country has its own distinct way of cooking that enhances the flavors. Visitors should embrace Jordanian food and sample as much as possible. From freshly baked sweet treats to mezze feasts, there is plenty of local cuisines to try.