The port city of Aqaba overlooks the Red Sea in Jordan and is known for the extensive watersports, snorkeling and scuba diving. In fact, the Red Sea is famous for the coral reef, attracting divers from around the world eager to see the well-known Yamanieh coral reef which is found in the Aqaba Marine Park.

The Red Sea has a long history and is most famously known in the biblical book of Exodus and referred to as “Yam Suph”. Dating back to the ancient Egyptians, the Red Sea has been known as an important body of water for trade and expeditions.

Location of the Red Sea in Jordan

In Jordan, there are 27 kilometers of coastline found along the Red Sea. The Red Sea is off the coast of East Africa and the Saudi Arabian peninsula. While it is called the Red Sea, it is not exactly red. It is named for a specific type of algae that is found in the water that gives a reddish-brown color. It is believed that the name also comes from the red mountains that surround the sea.

The port of Aqaba in the south of the city along the Red Sea serves as a large part of the economy bringing in containers through the port, as well as cruise ships promoting tourism in the region. Additionally, the Red Sea is famous for the diving and snorkeling options with many options situated along the beach and at the seaside resorts. In the north, there is a protected area in the Red Sea Marine Peace Park that is shared between Israel, Jordan and the Palestinian Territories. This protected park contains water that has a higher salinity than the surrounding water. Within the park, the water is clearer and warmer. 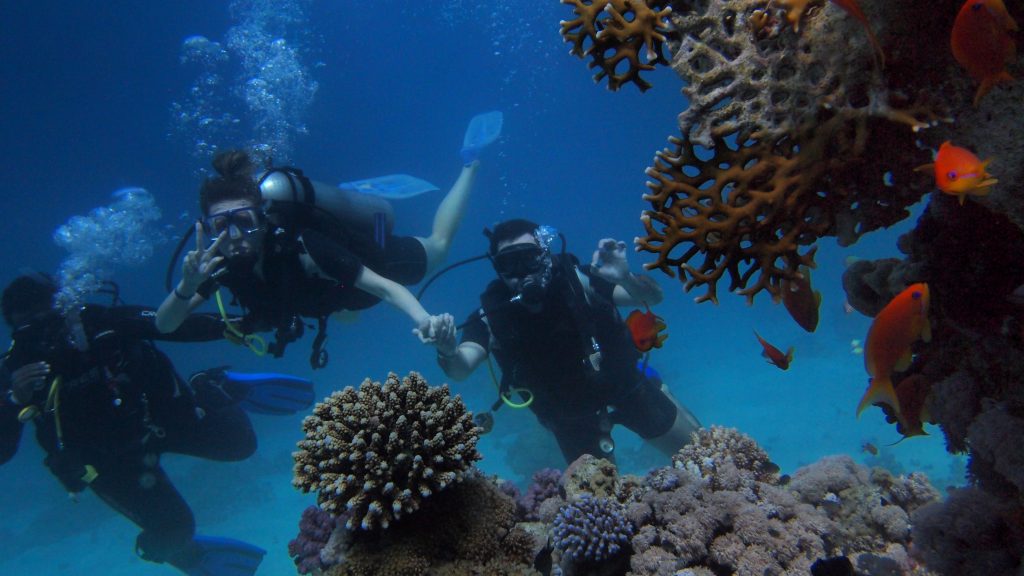 Beyond the amazing colorful fish, sea turtles and sea life that thrives in the Red Sea in Jordan, visitors can also enjoy other exciting surprises under the sea. One highlight for divers in the Red Sea are the remains of a shipwreck from World War II. There are other smaller abandoned boats, tankers and ships buried beneath the surface providing an eery yet interesting insight into history, quietly below the sea.

Visiting the Red Sea in Jordan

Visitors in Aqaba can enjoy relaxing days along the beaches in Aqaba or poolside at a variety of resorts found along the Red Sea in Jordan. For families looking for seaside activities, there are a variety of watersports available including boats, windsurfing, snorkeling and of course, diving.

To learn more about Aqaba or tours departing from Aqaba to make the most out of time spent at the Red Sea in Jordan.