Mount Nebo is a sacred mountain in Jordan standing almost 1,000 meters high. The base of the mountain can be reached within 15 minutes by car from the center of Madaba. From the top of the mountain, visitors can see The Dead Sea, Bethlehem and even Jerusalem on a clear day.

Mount Nebo is located just 15 minutes away from the city of Madaba. Madaba is 30 kilometers from the Dead Sea and only a 30-minute drive from Queen Alia International Airport in Amman. 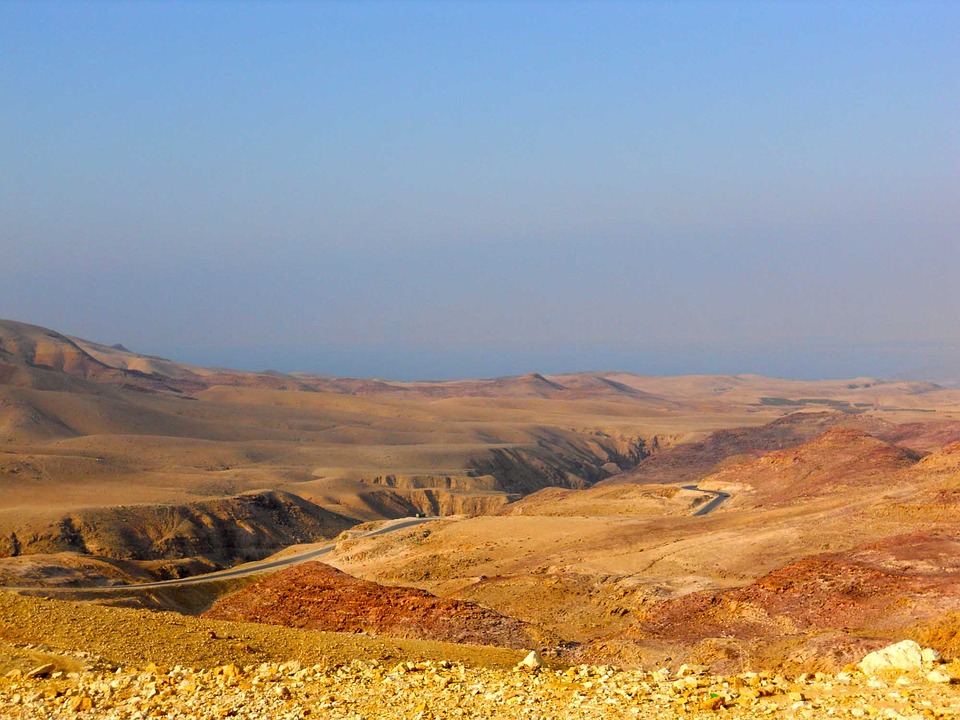 Mount Nebo is steeped in religious significance as it is believed to be the place that Moses stood on to view the sacred Promised Land before his death. According to the Book of Deuteronomy Moses died on Mount Nebo and was buried in Moab. In the fourth century, a small monastery was built by Egyptian monks on the mountain peak in memory of Moses. This church was then reconstructed in the fifth century into a basilica. The basilica still stands on Mount Nebo today and contains a fascinating collection of Byzantine mosaics.

Things to See at Mount Nebo

The La Storia Tourism Complex is located on Mount Nebo. Visitors can take a tour of the museum which includes information on the religious history of Mount Nebo and the surrounding area. The museum is currently undergoing a project which aims to create the largest mosaic in the world at 30 meters long with 3.5 million pieces. The mosaic will depict the entire route of the King’s Highway and visitors can take part in the project by placing a piece into the mosaic. The museum also offers a variety of workshops for visitors of all ages.

The mosaics which were built in the church have been well preserved and depict a variety of images including wildlife and local customs from the Byzantine era.

To commemorate the death place of Moses, a church was constructed in the fourth century. Since then the church was redeveloped into a basilica and now boasts a number of mosaics that date back to 530. The mosaics have been well preserved and portray images of wildlife and hunting; a local pastime in the Byzantine era.

The Brazen Serpent is a sculpture situated on Mount Nebo. The sculpture has become so popular that it is now recognized as the symbol for Mount Nebo. It represents the brazen serpent from the Bible that Moses built to save people from the plague. It was believed that a glimpse of the serpent would protect one from the deadly plague.

For those who choose to visit Jordan at Christmas, the Mount Nebo midnight mass is a wonderful event that welcomes all. The Christmas mass is held in both English and Arabic making it accessible for foreign visitors.

How to Visit Mount Nebo

Entrance to Mount Nebo costs 2 JD (3 USD). The easiest way to get to the base of Mount Nebo is to take a short taxi ride from Madaba. From the base of the mountain, visitors will have to walk to the top.

As the death place of Moses, Mount Nebo does not always receive as much recognition from foreign tourists as it deserves. It is an extremely significant religious site and enables visitors to see as far as Jerusalem. It is conveniently positioned just outside of Madaba and only requires a couple of hours to visit.