A visit to the Roman Theatre is like taking a trip some 2000 years into history where the amphitheater once housed over 5000 onlookers and is still used currently for theatre events.

History of the Roman Theater in Amman

Originally built between 138 and 161 CE, during the rule of the Antoninus Pius, the Roman Emperor, known to be one of the most peaceful Emperors in Roman history. The era was filled with arts and culture as the Emperor encouraged philosophy, fine arts, and science and forged the development of buildings and centers of culture in the area, including the Roman Theatre in Amman. 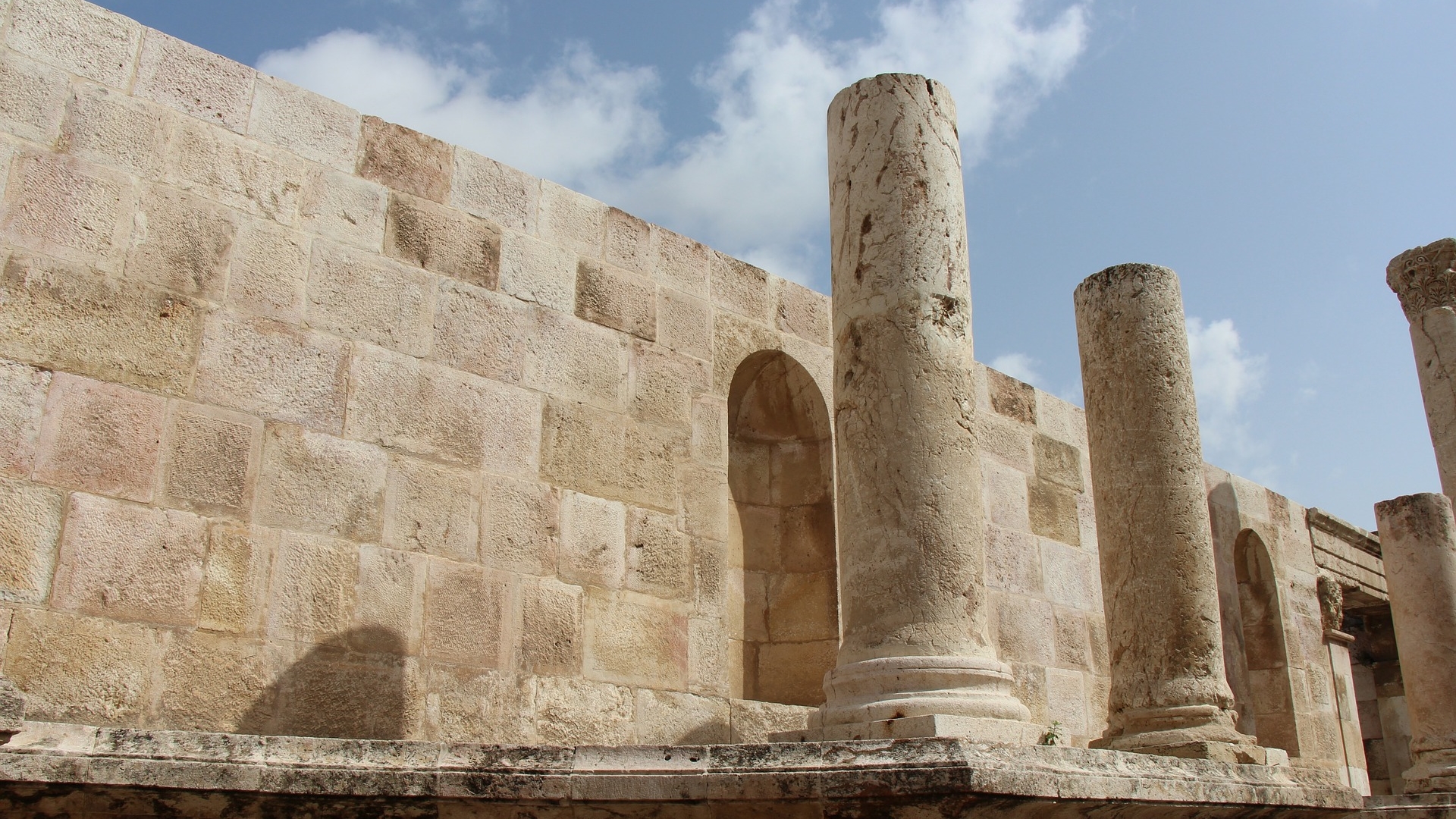 The theatre was built in the style of many Roman theatres meaning it is built upon three levels and each section was divided by class and rule. Closest to the front, the seats were reserved for the rulers with the army military sitting in the middle and the general public filling in the seats in the upper rows. Now housed in the Jordan Museum, you can find the remnants of the shrine of the goddess Athena that used to sit on top of the seats in the upper row.

Restoration of the Roman Theatre in Amman

In 1957, the Jordanian government began a process of restoration on the Roman Theatre. Unfortunately, they did not maintain authenticity by renovating with original materials and preserving the structure. Although the final outcome is slightly less accurate it is still a wondrous attraction and an exciting attraction in Amman.

The modern-day restored version of the Roman Amphitheatre is physically cut into the side of the hill and the complex houses two museums and hosts many cultural events and concerts. The Jordan Folklore Museum and The Jordanian Museum of Popular Traditions are housed in the western and eastern sections of the Roman theatre respectively and both provide exciting knowledge, artifacts, and cultural insight. Take note of the impressive acoustics of the theatre structure as you explore through this historical site.

Joining our 1 day Amman, Madaba, Mount Nebo, and Dead Sea tour from Amman is the perfect way to visit the Roman Amphitheatre along with other Roman ruins.