Towering above the capital city of Amman on a hill is the Amman Citadel. This historic site comprises a 1700 meter wall that dates back to the Bronze Age, the iconic Temple of Hercules, and the Umayyad Palace. With so many significant landmarks located one site, the Amman Citadel is arguably one of the best places to visit in Amman.

The Amman Citadel is located on top of Jebel Al Qala’a, a hill in the city of Amman. The hill is situated 850 meters above sea level and overlooks the old city. It is located in the downtown area of Amman.

History of the Amman Citadel

The city of Amman was originally known as Rabbath Ammon which translated as the royal ancient city of the Ammonites. The Ammonites were those who lived in the kingdom during the Iron Age. The area of the citadel dates back as far as the Bronze Age. It was during this period that it was fortified (around 1800 BCE). Since then the site has undergone many rebuilds and additional constructions during the Iron Age, Roman, Byzantine and Umayyad eras. As a result of the large number of constructions on this site, very little remains from the original Bronze Age citadel.

The Temple of Hercules is the most famous site within the Amman Citadel. The temple was built by the Romans and today only a few parts of the structure remain. Visitors flock to the citadel to see the glorious hand that is believed to be the hand of a large Roman statue of Hercules. This hand is all that remains of the statue and is a symbol of the Roman hero’s strength. Other remains of the temple include two complete pillars along with the ruins of four other pillars. The two complete pillars are 30feet high and it is believed that the temple would have reached 13 meters in height. The inscription close to the temple dates it to around 160 CE.

The buildings that formed part of the Umayyad Palace are the best-preserved structure at the Amman Citadel. It is believed to have been built between the 7th and 8th Century. The palace originally covered a large complex of buildings, but most of it was destroyed by an earthquake. The domed audience hall is still in a good condition and its grand design was used to impress visitors to the palace. Within the Umayyad complex is a courtyard containing the ruins of residential buildings and the Cistern which was used to transport water to the palace. 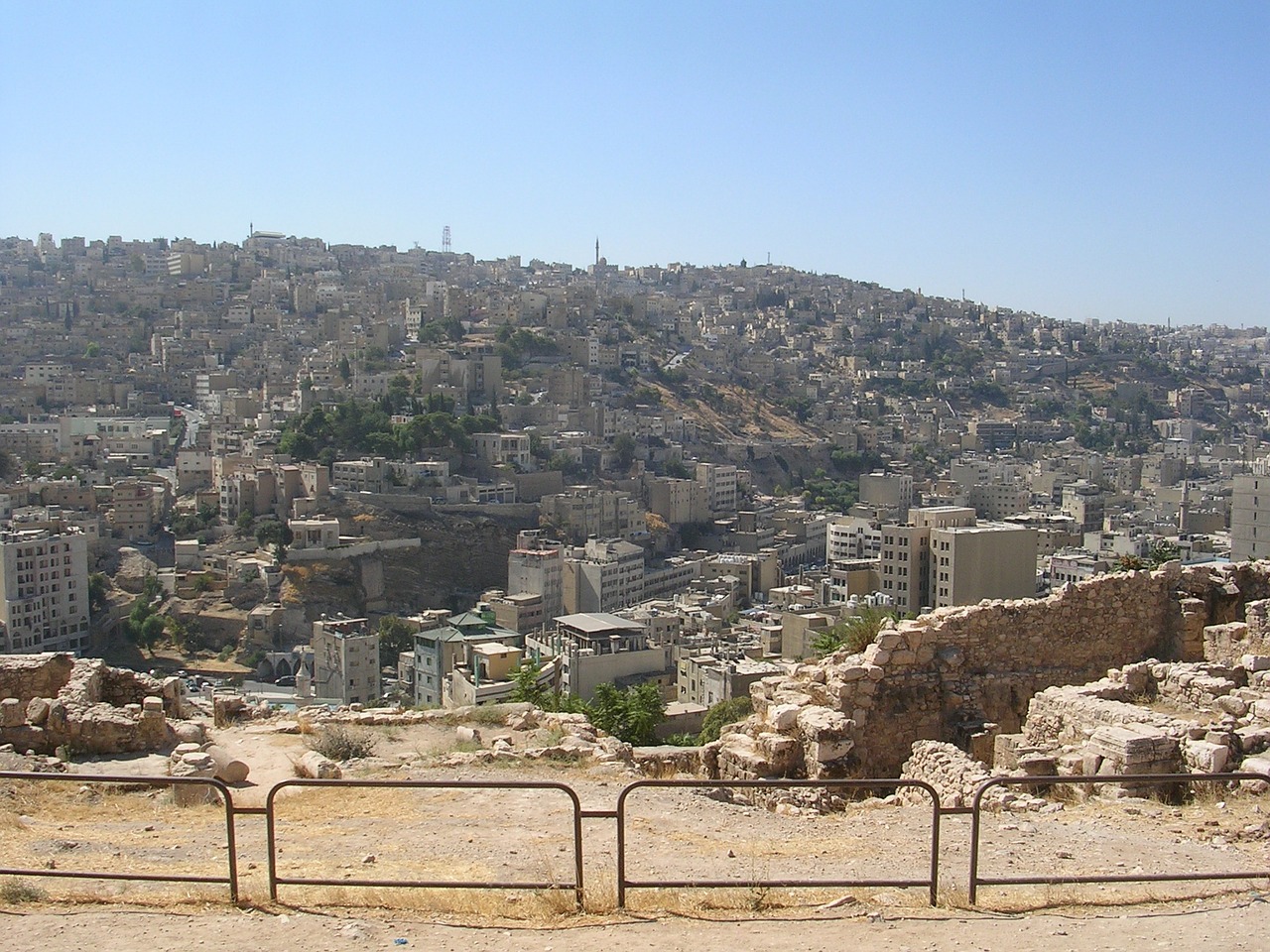 Within the citadel are the ruins of a 6th Century Byzantine church. All that remains of the church today are pillars, the floor plan, and some mosaics.

The Jordan Archaeological Museum is also located at the Amman Citadel and has a collection of artifacts dating back to the Bronze Age. The museum is also home to the Ain Ghazal Statues which date around 600-8000BCE. These statues are some of the oldest known statues in Jordan and are made from lime plaster and reed.

How to Visit the Amman Citadel

Entrance to the Amman Citadel is 2JD (2.82 USD) or free with the Jordan Pass. It is open from 8 am until 7 pm on Saturdays to Thursdays between April and September and until 4 pm between October and March. The Citadel is only open from 10 am until 4 pm on Fridays throughout the year. Visitors can walk up to the citadel but should be aware that there are a lot of steps. Alternatively, a taxi ride to the citadel will cost around 1 JD (1.41 USD).

The Amman Citadel should be at the top of every Amman itinerary. It is a significant archaeological site located in the downtown area which is very each to reach.